Dec 2016 – I was fat. 34 years old, 5’4″ and 180+ lbs. I got that way because I loved the comfort food brought me. I thought I was already burning through all my positive energy just supporting my family, and I told myself that I deserved it. I deserved the unhealthy snacks, the couch potato lifestyle.

I was trying to stay fit. I was working out occasionally. I was starting to bike. And in my mind, I told myself, that given my circumstances, I was actually doing fine. Then, on the night of Dec 23rd, My wife told me that she was done with the marriage. I was shocked. I had called her to wish her on our 9th anniversary. And I picked up from her tone that something was not right.

It was quickly revealed that there was infidelity, and the relationship that I had told myself was the centre of my life, was gone. I was broken. Life had dealt me a grievous blow. I wanted to believe that I could overcome the sorrow and the fear.

I later realized the size of the affair. That it was my best friend. That it was ongoing or at least in the making for months before. I was told that our relationship meant nothing to her. That all of it had not a single redeemable moment.

We had a six year old boy, and I knew that I had let him down. A broken home is not a good place to raise a young boy. And somehow somewhere this was my failure. Because I had vowed to be a positive influence in his life. I had promised myself that I would show him and teach him everything he would need.

And now he is gone. The aftermath of the divorce lead my wife to leave the country with our son. I did not contest it, but begged her to let him stay with me. So for 8 long years I will see my son once a year.

But one day, my boy will ask himself, what kind of a man his father was? And that’s a driving force in my life. I want to be the best kind of man I can think of.

I want to model strength, perseverance and honor to my boy. I won’t get to teach him this in his formative years. But I hope that when he looks at me, he sees a spirit of adventure. An unbreakable spirit to overcome odds.

For me my greatest challenge has been to overcome my modest beginnings and then to take on a single income family. But now I am redefining my challenges. I challenge myself to overcome physical limitations. 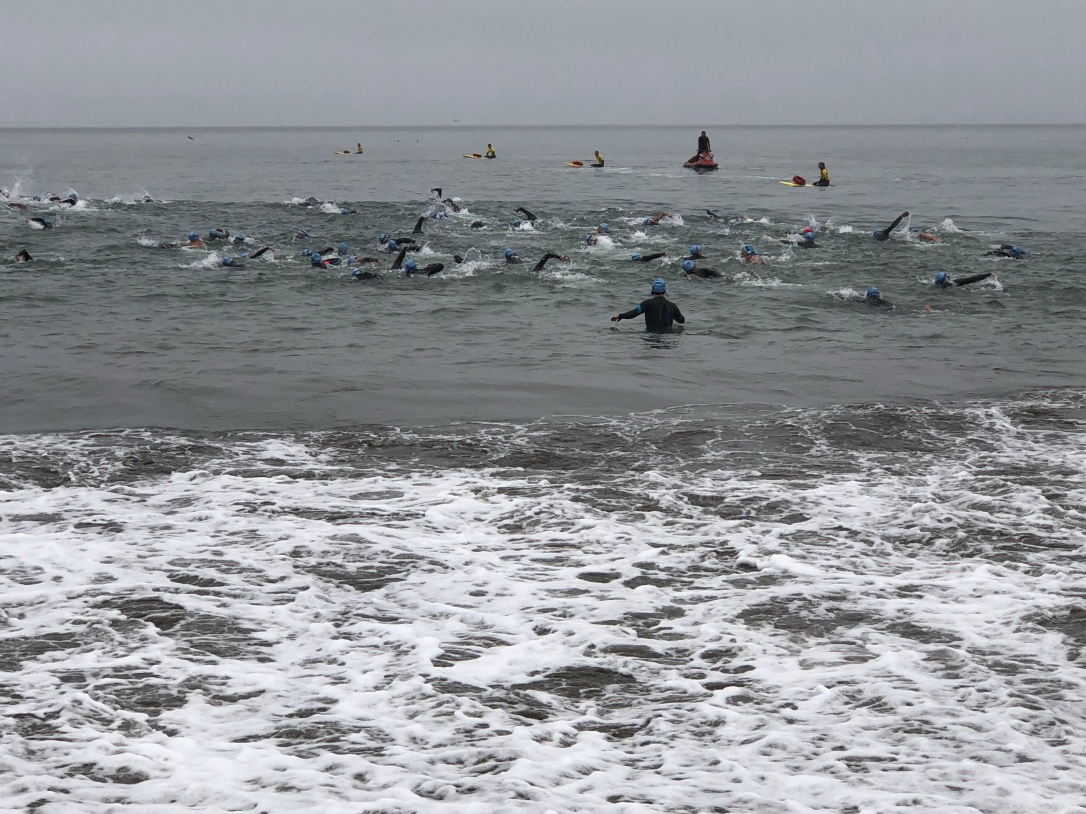 So I want to push my limits physically. And that’s where triathlons come in. When I resolved to do a triathlon. I had never been in water more than 5 feet deep. And my first event involved an ocean swim.

I was scared, I had never even bikes on the road before. And I wasn’t much of a runner. So I wanted to use 3 things I wasn’t good at. And use it to transform myself. Or at least how I see myself. 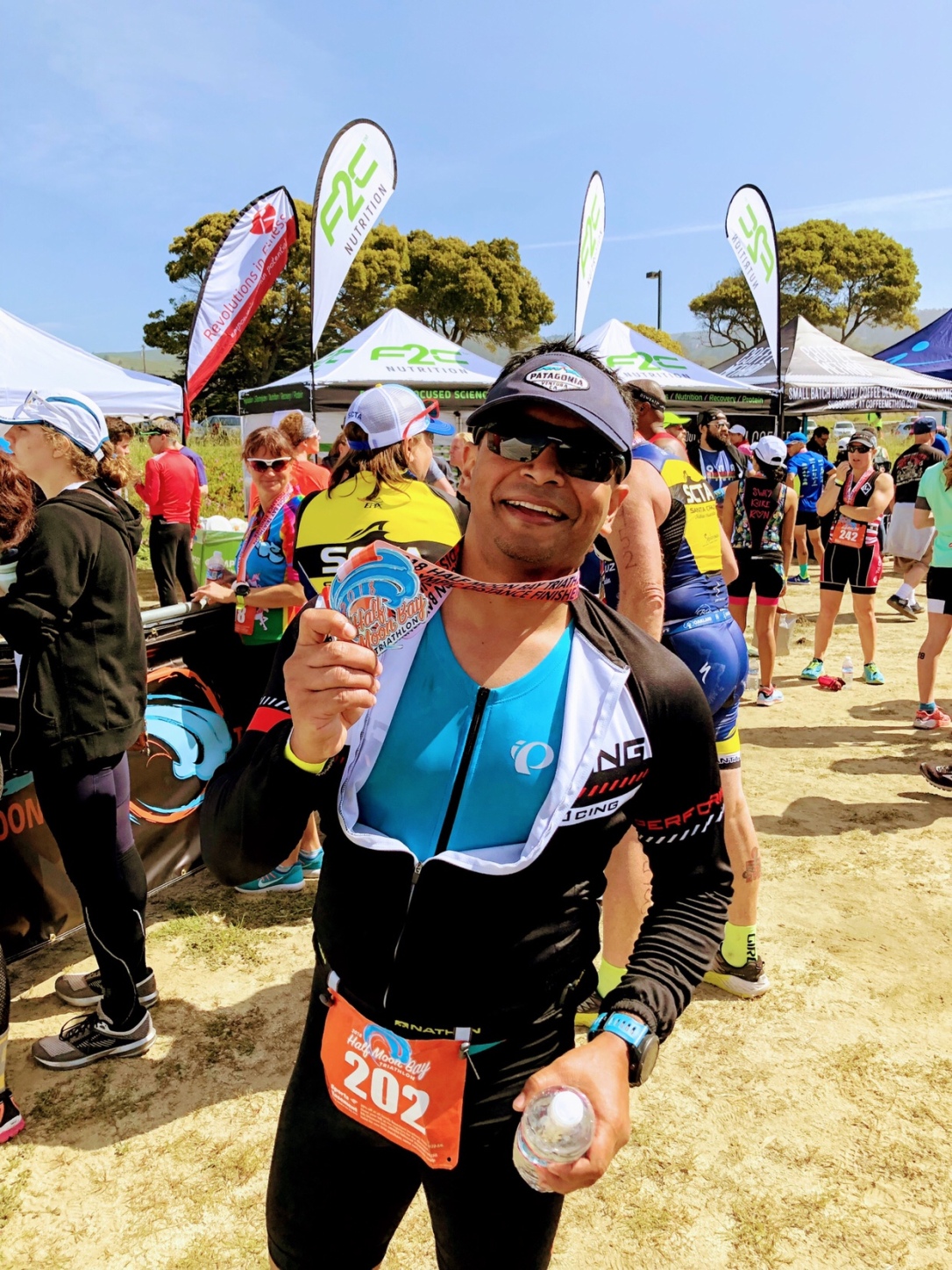 What I have discovered is :

In all its an incredibly humbling experience. 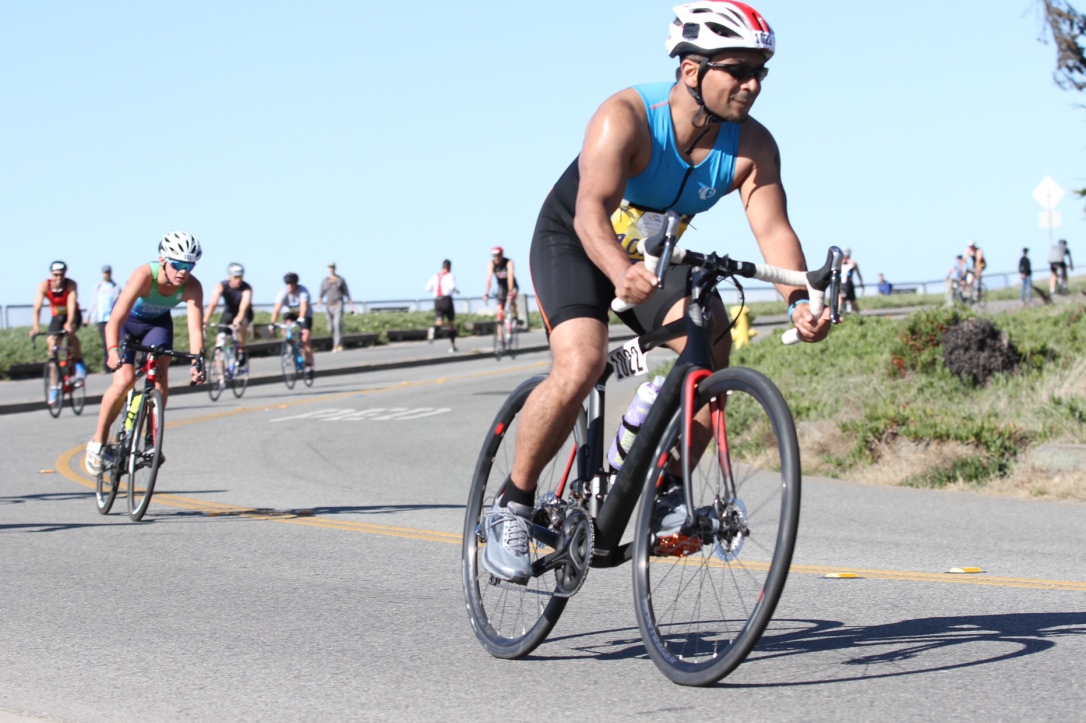 The location for these races are amazing. The Santa Cruz triathlon is my favorite. Start on a beach and run and bike along the most scenic roads.

It was on my 35th birthday I did my first race. It was a sprint triathlon and tomorrow a year from that date. I will compete in my 4th triathlon. Except it will be an Olympic distance.

I do it to push myself, I do it to remind myself that challenges can be overcome, that it’s never too late to start, and that fear is in your mind. I do it so my son will see my spirit one day, and have a role model close to his heart.

The meaning of the “second chance” I seek has been changed a lot. I started writing this in the hope of saving my marriage. But as time showed me , that was futile and misguided. Now I seek a second chance to be father to my six year old boy. He will no longer live with me starting aug2018. I hope to use this blog to allow him an insight into his father. I would want him to read this when he is older. My original synopsis A man in crisis. I am a 30 -something man. My 10 year marriage shattering in front of my eyes. I have decided that writing helps. I am hoping to heal from whats coming, but before that I have to deal with it. Experience the pain, I know I will feel, when my wife walks out the door. I have a little boy who I don't want to lose. And I am scared. Of restarting my life from scratch. I am hoping to find kindred spirits on the blog, who are going through or have gone through what I am experiencing. But I have hope, and I have faith. To some degree, I hope to reconcile my marriage. View all posts by divorcehealingblog

I've Learned The Most Unlearning Everything I've Ever Known

I want to be rich. Rich in love, rich in health, rich in laughter, rich in adventure and rich in knowledge. You?

"Owning our story and loving ourselves through that process is the bravest thing that we’ll ever do."

Rising above all the bullshit after my husbands infidelity

the syntax of things

Stories of a Highly Sensitive Introvert

On a journey to rediscover herself. :)